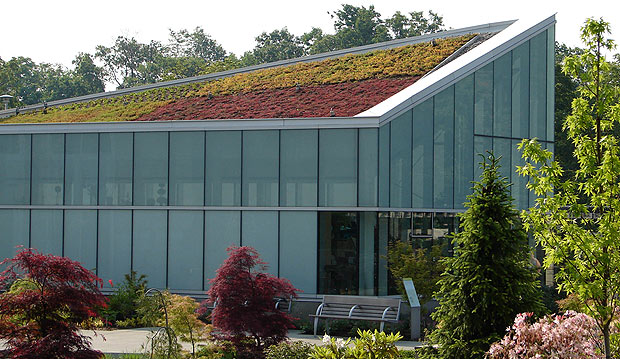 Comments Off on The green roof
explore, Green Initiatives

The green roof on the Dembroski Centre for Horticulture is over 2,400 square feet and acts as a shallow planter. The soil and plant roots absorb rainwater and pollutants, which helps with storm water management. Retaining rainwater on the roof takes some of the pressure off of the storm sewers.

The green roof also acts as an insulator by reducing heat gain around the building by way of the “urban heat island effect.” Since the roof surfaces aren’t paved or black, there is less reflected heat, which reduces the load on the air conditioning units.

Since the roof slopes from front to back, you get a great view from the second floor of the building as well as from the West View Terrace and even from Edwards Gardens. The roof provides not only an oasis of green that is pleasurable to look at, but also the opportunity to educate the public on this leading-edge technology. Last, but certainly not least, the green roof demonstrates Toronto Botanical Garden’s commitment to the environment and sustainable development.

The George and Kathy Dembroski Centre for Horticulture 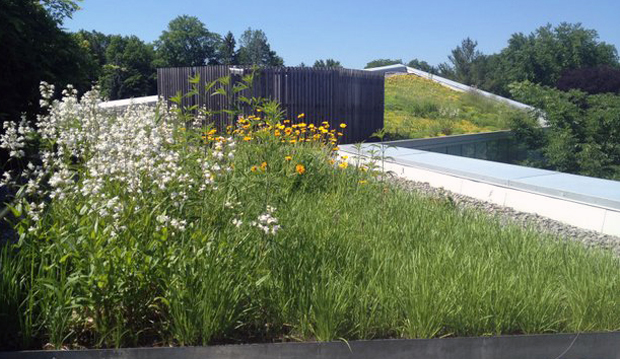 The green roof on the Dembroski Centre for Horticulture is over 2400 square feet. It acts as a shallow planter with the soil and plant… 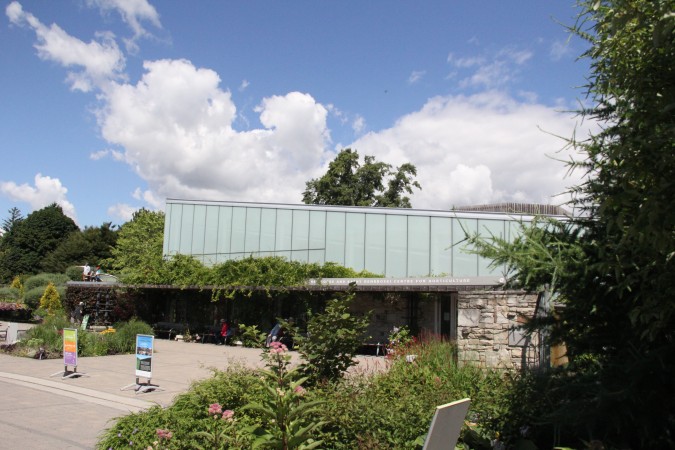 The George and Kathy Dembroski Centre for Horticulture 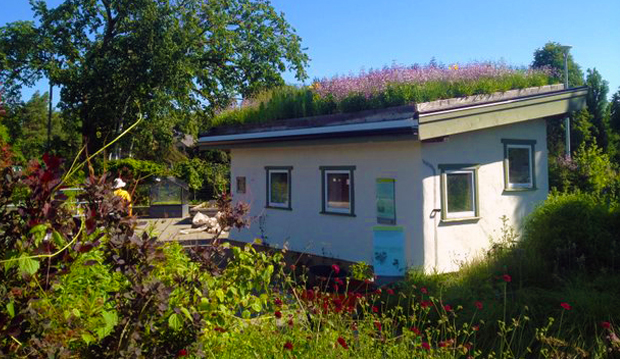 Two-thirds of the world’s populations inhabit buildings made of earth. Straw bale buildings have proven to be as durable as other types of buildings; they… 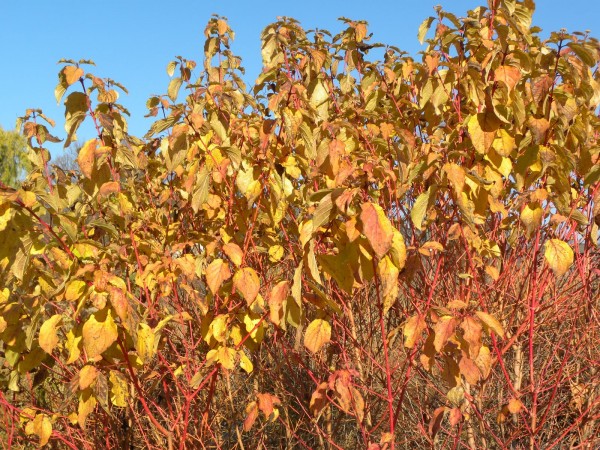