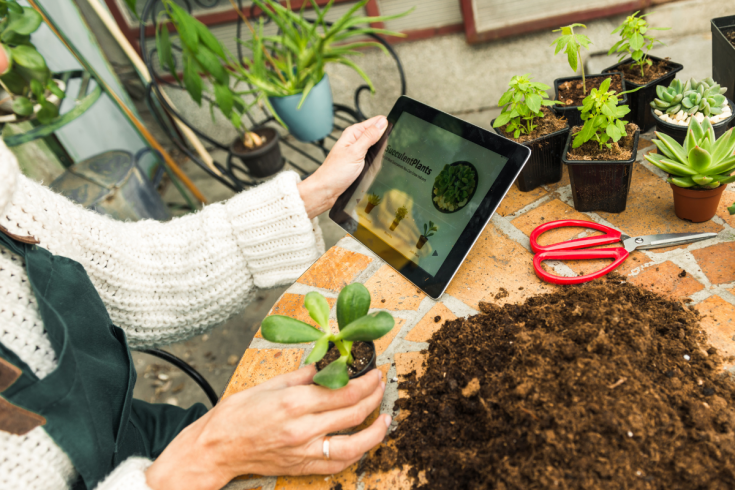 As a dry-shade gardener for 30+ years, Helen Battersby has a great appreciation for perseverance in the garden. She is a graduate of Ryerson’s Landscape Design program and has spent nearly 15 years as a volunteer with the Toronto Master Gardeners. A member of GardenComm, the association for garden communicators, Helen has had her writing and photography published in GardenMaking and Trellis magazines and the UK digital magazine IntoGardens. With her sister Sarah, she writes the award-winning blog TorontoGardens.com and, since 2017, has been the publisher of what is now called the Toronto & Golden Horseshoe Gardener’s Journal. Helen has been a frequent presenter to groups in the GTA and beyond, plus as a volunteer speaker on the Master Gardeners of Ontario stages at Canada Blooms.

Gail Bebee has many years of hands on experience growing fruits, vegetables, flowers, trees and shrubs in her own garden in Toronto. Her academic background (undergrad in Biology, Masters in Environmental Engineering) and past experience as a plant taxonomy technician compliment her practical gardening knowledge. She recently graduated as a certified Master Gardener in Ontario and delivers presentations with Toronto Master Gardeners. Gail is an enthusiastic and experienced presenter who is keen to share her passion for gardening.

Dugald Cameron’s gardening career began at an early age in his English grandmother’s garden where he’d occasionally help out with weeding and digging. He must have “caught the bug” then because he’s been interested in plants and gardens ever since. Dugald started a mail order nursery Gardenimport with his father, Lynn Pashleigh, in 1983 because they couldn’t find the quality or selection of plants they wanted for their own gardens. Gardenimport was closed in December 2014 after 32 years of business.

Alan’s spirit name is Whooping Crane and he is Wolf Clan. Alan is the creator of Toronto Aboriginal Eco Tours, a company which honours the traditional Indigenous way of life and also allows for mainstream concepts of tourism and experiential learning. His goal is to bring together – in a traditional way – elders, adults, youth and children to make a difference while applying the seven Grandfather Teachings, 13 Grandmother Moon Teachings and the Medicine Wheel Teachings.

Stacey Curtis has been penning and planting since before the double-digits of childhood. While the garden provided a way of being out, helping mom and watching cucumbers climb, the pen provided a way of being in, helping herself understand the world transpiring before her. She has worked for twenty years as a professional editor and author. She enjoys inspiring wild expression, so that people might write as unbridled as nature itself to break through the tough soil. She is equally passionate about providing professional tools and insight to shape the hard work of writers like a pruned and tended garden.

Alan Li is an artist focused on nature. He supports conservation efforts through the sale of his artwork and is active in volunteering. Alan believes that drawing can open people’s eyes to the planet’s diversity and show them that it matters. Alan grew up near the Niagara Escarpment and spent much of his childhood exploring the cliffs and forests. Those early encounters with nature have influenced both the direction of his life and choice of subjects for his art. He currently pursues his own projects, teaches workshops and collaborates with grassroot environmental groups.

Nellie Sue Potter is an award-winning botanical artist who has been teaching botanical art to adults for over 16 years. Her teaching venues in Toronto include the Royal Ontario Museum, the Museum of Contemporary Art, the Toronto Botanical Garden, her own Nature Art Studio, and the High Park Nature Centre. She shares her appreciation of plants through her art and teaching. She has had three solo exhibitions in Toronto, the latest at Toronto City Hall. A past president of the Botanical Artists of Canada, and a founding member of the Southern Ontario Nature and Science Illustrators, she exhibits regularly with these organizations. The New York Botanical Garden chose her artwork as one of the 40 pieces in their inaugural International Triennial Botanical Art Exhibition in 2011. In 2018, she exhibited in the Canadian Museum of Nature’s Art of the Plant, a part of the international event Botanical Art Worldwide.

Jason Ramsay-Brown is the author of Toronto’s Ravines and Urban Forests (Lorimer, 2015 & 2020).  He is Past-President of the Toronto Field Naturalists, and has served as lead administrator of the Cottonwood Flats Monitoring Project since its inception. His passion for nature in the city has seen him serve on the City of Toronto’s Ravine Strategy Advisory Group, TRCA’s Regional Watershed Alliance, as a volunteer on the Todmorden Mills Wildflower Preserve & Beechwood Wetland Stewardship Teams, and as a Planting Captain with the City of Toronto.

Vincent has worked in the horticultural field for over 30 years. He received an AAS degree in ornamental horticulture from SUNY Farmingdale, Farmingdale, New York and a BS in ornamental horticulture from the University of Georgia, Athens, GA. While at Georgia, Vincent studied under well-known professors Dr. Michael Dirr and Dr. Allan Armitage. Vincent also obtained a Masters Degree in Public Administration from C.W. Post- Long Island University in 2003. Vincent has specialized expertise in woody plant id, culture, use and selection of superior varieties. Vincent is an experienced lecturer, instructor and horticultural consultant. He has spoken to many groups nation wide and has appeared on several garden shows including Martha Stewart Living and HGTV. For the past 23 years Vincent has worked in public horticulture at Planting Fields Arboretum State Historic Park in New York where he is the Director. At Planting Fields Vincent has helped to coordinate several large horticultural and educational symposia and special events including several national flower shows and conventions, landscape preservation conferences, tree conferences and conferences to promote new garden trends in the field of horticulture. He has written and contributed to various gardening articles for magazines and newspapers including the Long Island based newspaper, Newsday. Since 2005 he has published six books: Grow More With Less: Sustainable Garden Methods, Great Flowering Landscape Shrubs, Great Flowering Landscape Trees, Great Landscape Evergreens and The Wonders of the Winter Landscape and Gardeners Guide to New York and New Jersey. Learn more about his publications and work at www.vincentsimeone.com.

Sean Smith is the owner of Crooked Farmz, a microbrewer of fresh aerobic compost teas for home gardens, urban farms, and landscaping projects. His interest in developing a local CSA subscription service for composting and compost tea brewing emerges from deeper underlying concerns about soil health, microbial life, climate change, and our relationships with land and water. In 2019 Sean won first place in the DIY Innovation category in the Best in GrowTO urban gardening competition for improvements to an urban composting method, and he repeated in 2020 in the Professional Innovation category with an inexpensive design for a scalable compost tea brewer. He is originally from Kingston, ON, but has been growing vegetables in the East York area for the past 17 years.

Alicia Spence is a Toronto-based artist and instructor, specializing in lettering, painting and mixed media. She loves sharing what she’s learned as a self-taught artist in creative workshops at the Toronto Botanical Garden and across Southern Ontario.

Tena van Andel is a certified Level II 3-D Workout™ instructor who wants to keep all of us moving till we’re 102.  She enjoys volunteering for the Toronto Master Gardeners and is busy rewilding a 19th century rundown farmhouse, fondly referred to as her ‘estate’. 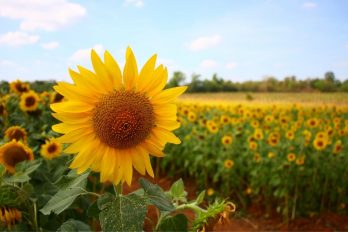 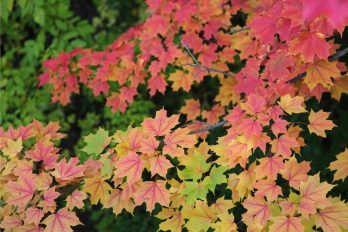 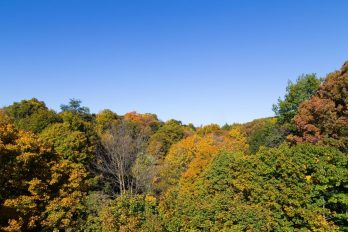