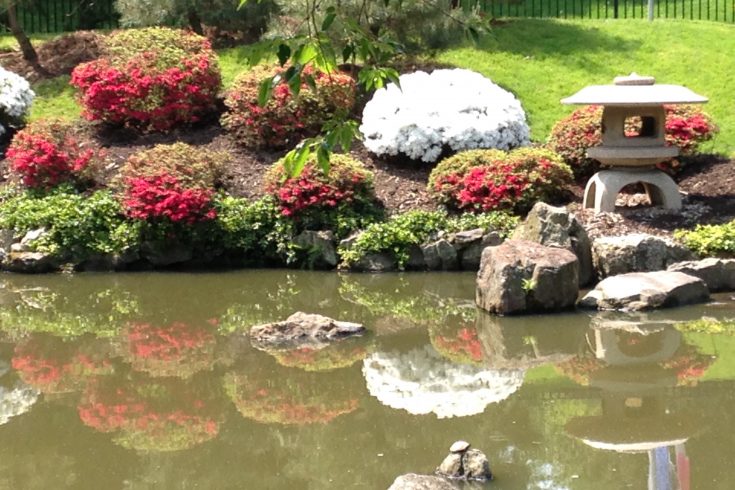 Leave your shoes at the door and take a step back in time at Shofuso House in Philadelphia’s West Fairmount Park. View its 17th Century-style Japanese Garden from any room or from the veranda in your stocking feet.

Or, you can stroll through the garden on flat stepping-stone pathways and feed the huge brightly coloured koi that swim in the pond under a very old weeping cherry tree.

Japanese maples and brilliantly hued azaleas are reflected in the pond. Other plants in this Momoyama-style garden include cherry laurels, dogwood and flowering plum trees as well as bamboo, pine and hinoki cypress. An arched wooden bridge joins the main house to a tea house.

This traditional Japanese style house and garden represent the history of Japanese culture in Philadelphia from as long ago as the 1876 Centennial Exposition. Shofuso actually means Pine Breeze Villa. The light and airy, tatami-matted  house was built in 1953, using 17th century construction techniques. The basic structure is made from strong, lightweight and waterproof hinoki wood. No structural nails were used

A gift from the Japanese people to the United States, Shofuso was first exhibited in the sculpture garden of New York City’s Museum of Modern Art in 1954. It was relocated to Philadelphia in 1958 where Tansai Sano designed the first postwar Japanese garden in the U.S. on the site the same year, featuring the koi pond, a waterfall, stone pagoda and more than 80 carefully placed Japanese boulders.

The harmonious house and garden were restored for the American bicentennial in 1976 and the walled courtyard garden was redesigned in 1982 by Masao Kinishita. Twenty murals by artist Hirosho Senju, entitled Waterfall, were installed inside the house.

The Journal of Japanese Gardening named Shofuso the third ranked Japanese garden in North America for 2016. I was fortunate enough to visit it as part of Northumberland Master Gardeners Brandywine Valley Garden Tour. 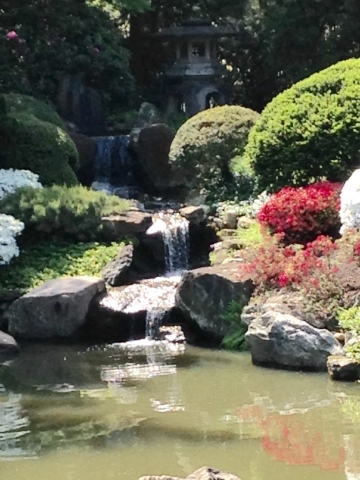 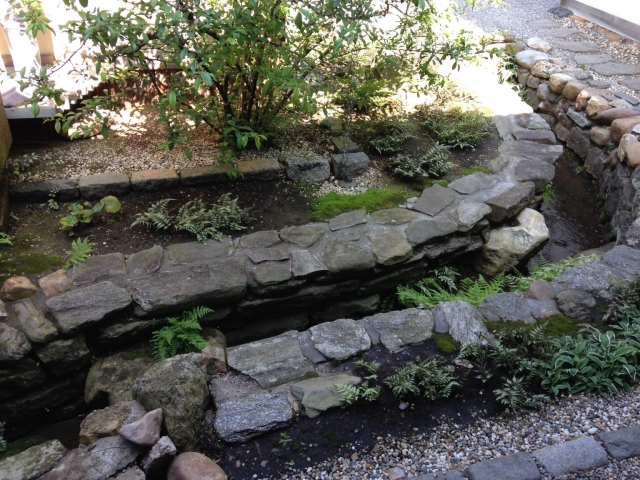 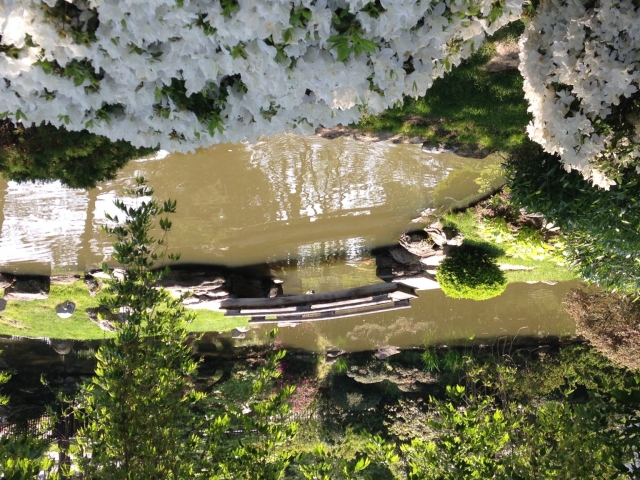 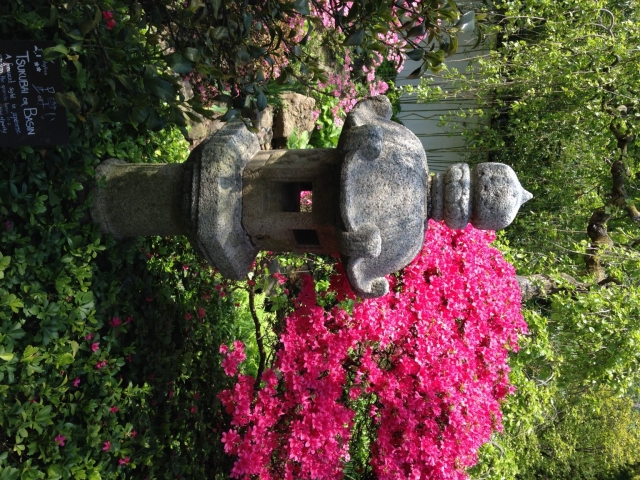 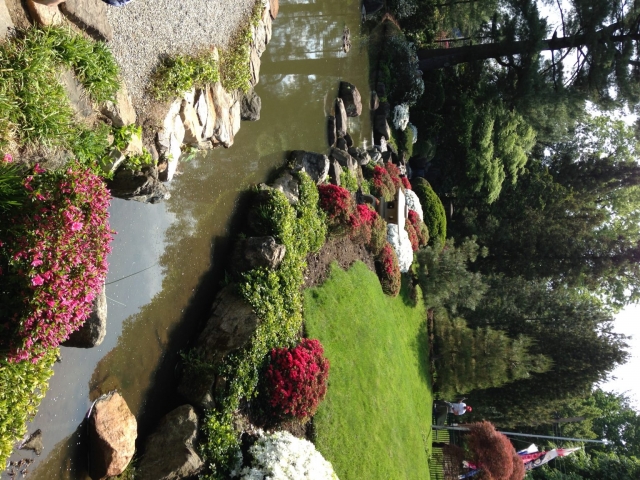 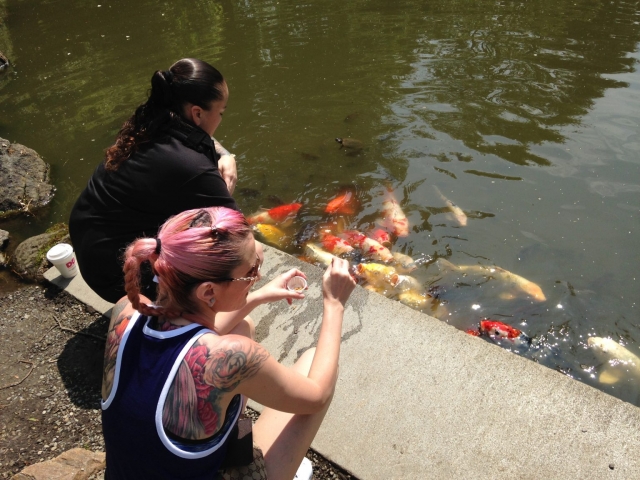 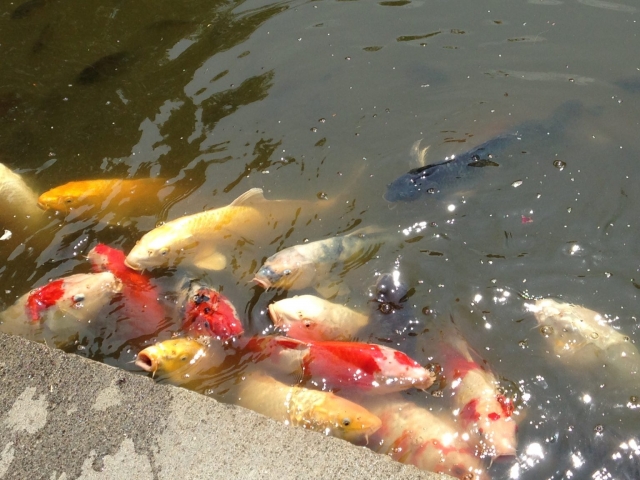 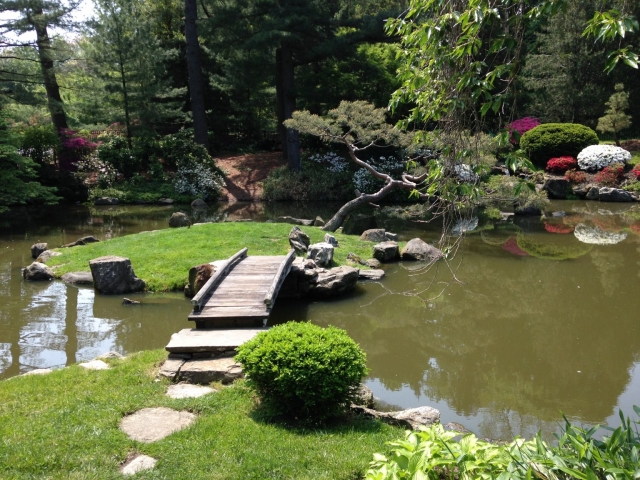