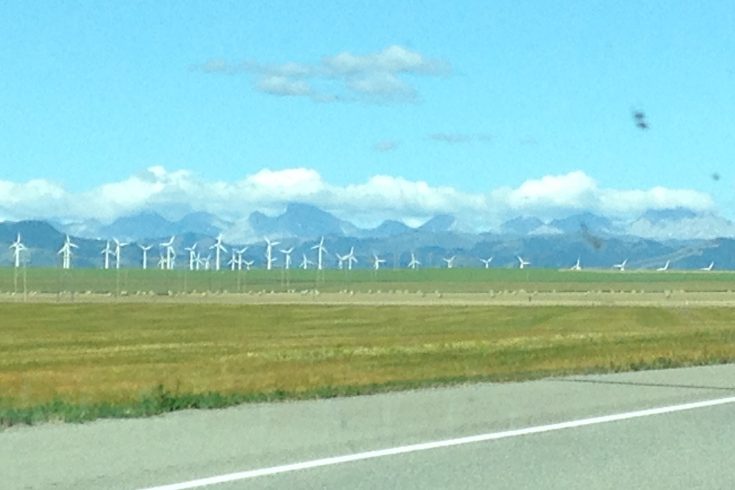 I recently returned from a trip to Kamloops, BC for the 21st Communities in Bloom National and International Awards Ceremony with my friend and colleague TBG Trellis editor Lorraine Flanigan.

Communities in Bloom (CiB) is a non-profit Canadian organization committed to fostering civic pride, environmental responsibility and beautification through community involvement and the challenge of a national program, with focus on enhancing green spaces.

As first time judges for CiB we each travelled across the country in July to visit towns and villages competing for up to five blooms, and beyond that, championship classifications of gold, silver and bronze. The category I was judging along with my partner Gerry Teahen from Exeter, Ontario, was the Class of Champions (Small) which included six towns with a population of 4,000 or less.

For me the trip was a unique look at the life of six distinct communities that I might have just driven through in the past with little knowledge or insight into what makes each place tick and what sets it apart from so many other little towns across our country.

While the name suggests our tour was all about flowers, plants and gardens, in fact it was actually about so much more. In every community we did tour public and private gardens as well as parks, recreation and sports complexes, schools, town halls, local museums and heritage sites and even water treatment facilities, garbage dumps and cemeteries. And, we were treated like royalty.

Under CiB mandate communities are evaluated on eight key criteria: tidiness, environmental action, heritage conservation, urban forestry, landscape, turf & groundcovers, floral displays and community involvement. What struck me the most was the uniqueness of each community.

Pincher Creek, nestled in the southwest corner of Alberta, received the most points in our category and a silver five-bloom rating. This is a western town steeped in history. Buffalo, horses, wagons, saloons and churches dominated its early history and are still in evidence on outdoor murals and in two excellent museums. The economy is mainly agriculture. And, today, it’s also about windmills. Wherever you look around the perimeter of this rural community in the foothills of the Rocky Mountains, you see windmills, some 285 of them.

In the fishing village of Tignish, PEI, we toured a lobster processing plant, enjoyed a church concert on an elaborate 1,118 pipe organ built in 1859 and brought there by barge from Montreal, and stayed at the Heritage Inn, once a convent/school with grounds that have been transformed into a beautiful park-like garden.

In Ashcroft, BC, we took “a walk through time” at Heritage Place Park, highlighting various themes from the area’s history with permanent installments including a railway caboose and copper mine machinery. Once known as the Gateway to the Cariboo, Ashcroft is a favourite with movie makers and has done its best to retain the look and feel of the old west in its historic downtown.

Sussex, NB, known as Dairy Town because it produces award winning milk, is a hub for surrounding farming communities and is located roughly an hour’s drive each from Moncton, Fredericton and Saint John. Many one-time clean-up and planting endeavours have become annual events here and volunteers have “adopted” public gardens all over the town that they maintain all season.

Millet, affectionately known as “the prettiest little town in Alberta,” has participated in Communities in Bloom for the past 20 years and some local volunteers have been involved for almost all of that time, demonstrating a real sense of civic pride.

Antigonish, NS, is a university town with an emphasis on the arts and it shows. Indeed, its library, repurposed from an old Sobey’s store and now called The People’s Place, is resplendent with paintings, sculptures, silk hangings and stained glass all produced by local artists.

All of these towns are winners in my eyes and it was a privilege to visit and get to know them. No matter how you look at it, Communities in Bloom is a win-win endeavor for everyone involved. The organization has seen the number of municipalities taking part in the annual contest grow from 29 in 1995 to more than 350 today. And the participants have seen their home towns blossom into greener, more attractive and environmentally friendly places.

Today, Communities in Bloom puts more emphasis on participation than competition and has been approached by groups in Japan, Turkey and the United States to help set up similar programs in those countries.

And the winners are:

Town of Goderich, ON and City of Antalyam Turkey, 5 Blooms, Gold Communities.

Words and Photos by Lorraine Hunter 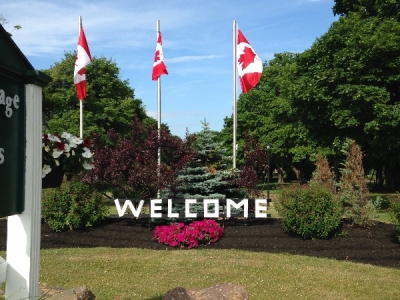 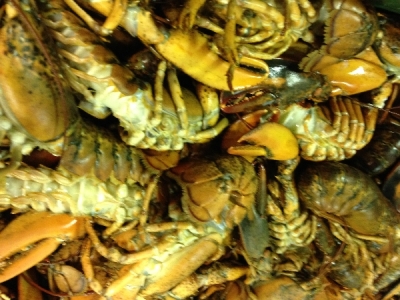 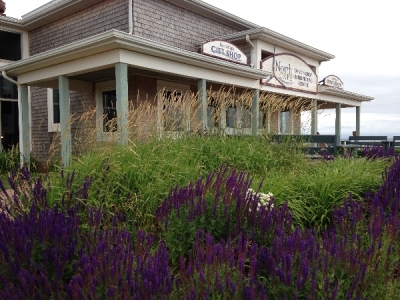 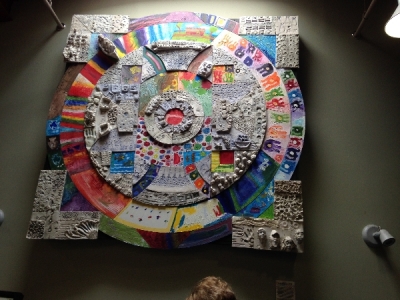 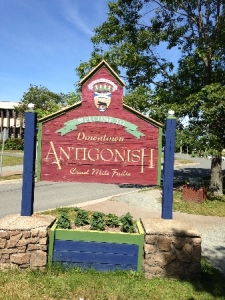 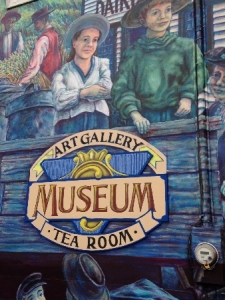 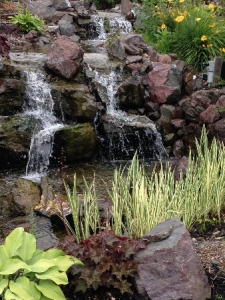 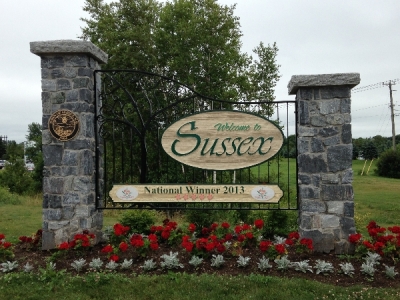 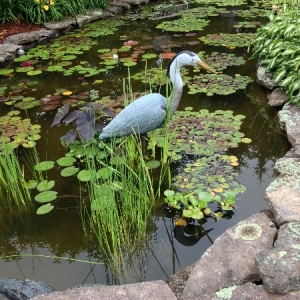 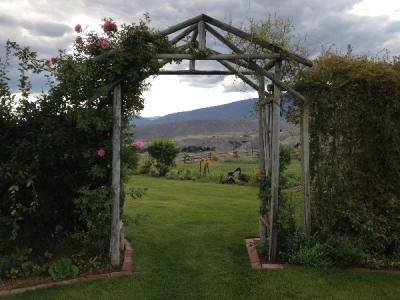 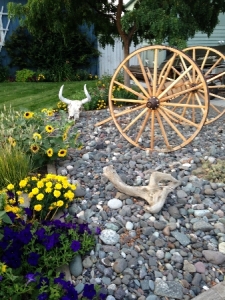 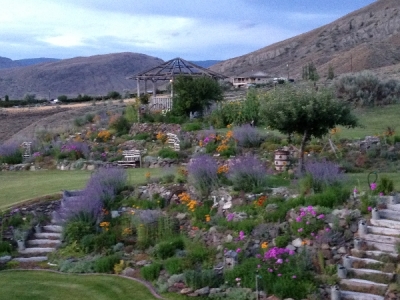 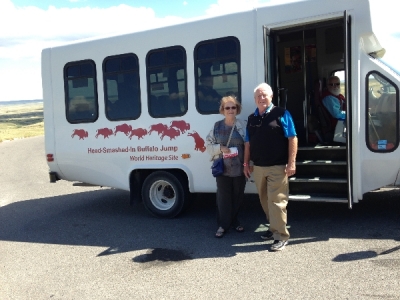 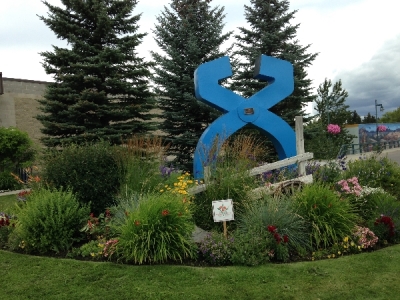 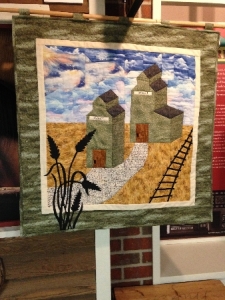 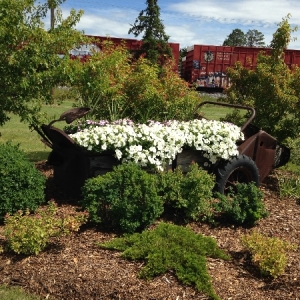 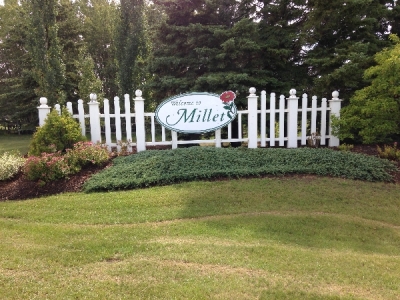 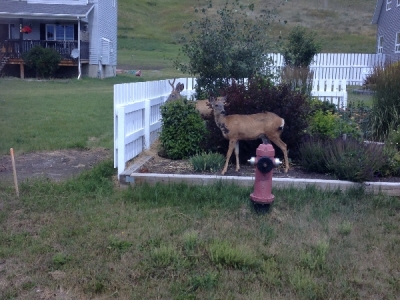