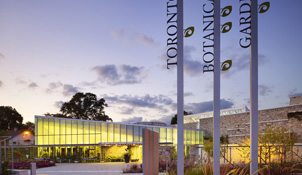 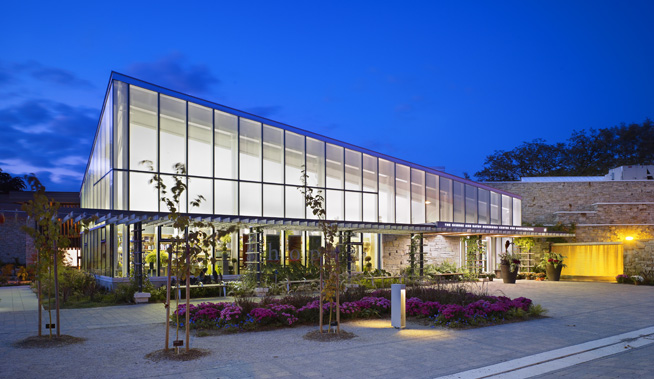 September 2009
Honourable Mention – Small Open Spaces
Toronto Urban Design Award
PMA Landscape Architects received Honourable Mention in the Category of Small Open Spaces in the 2009 Toronto Urban Design Award for their work at the Toronto Botanical Garden. The project team included PMA Landscape Architects, Thomas Sparling Inc., Horticulturist Cathie Cox, and Plant Consultant Paul Ehnes.
Jury comments, “The delight of this project lies within its rich and nuanced landscape, one that is carefully presented and finely crafted so that you can—and want to—wander through the site and either enjoy a process of discovery or quickly find what you were looking to see. One of the many delightful gestures is the water feature—you can actually touch the water. In essence, the project comes down to certain basic aspects of humanity where the scale makes you feel right. This project is a borderline Award of Excellence winner, and a real success.” ..>>more info

January 2007
Water Conservation Award
Landscape Ontario Awards
The Toronto Botanical Garden was presented with the Landscape Ontario (L.O.) Water Conservation Award for its innovative water saving measures, including its green roof and an underground rainwater cistern which collects water from the site and stores it for use in a variety of ways such as irrigating the gardens. In presenting the award, a spokesperson for L.O. remarked, “The finished building is a 21st century example of ecologically-conscious design and positions Toronto Botanical Garden for leadership in this area.”

November 2006
Landscape Architecture Design Award
The Design Exchange Awards
On November 23, 2006, PMA Landscape Architects in partnership with the Toronto Botanical Garden won the gold award in the category of Landscape Architecture at The Design Exchange Awards. This competition aims to promote Canadian design excellence and recognizes the critical role of design in all types of organizations including commercial entities (large and small businesses), not-for-profit organizations, and the public sector. The Awards celebrate the success stories achieved through close partnerships between clients and designers and judge design by results, balancing function, aesthetics and economic success.

August 2006
LEED® Silver Canada Certification
Among the core values of Toronto Botanical Garden is a commitment to environmental responsibility. As one means of expressing this commitment, TBG has designed a building that was awarded LEED® Canada Certification with a Silver rating on August 16, 2006. Toronto Botanical Garden has incorporated numerous aspects of green design into its project including a green roof to help reduce heating and cooling costs and to manage stormwater runoff, reuse of materials in the building, a rainwater cistern that collects water from around the site and stores it for use in a variety of locations and a green education plan including an interactive kiosk.

May 2006
Green Design Award
Green Toronto Awards
Toronto Botanical Garden, under the design leadership of architect David Sisam (Montgomery Sisam Architects) in consultation with Enermodal Engineering Limited, received an award of excellence and was voted the leader in the category of Green Design at the Green Toronto Awards held at Toronto City Hall on Tuesday, May 2, 2006.