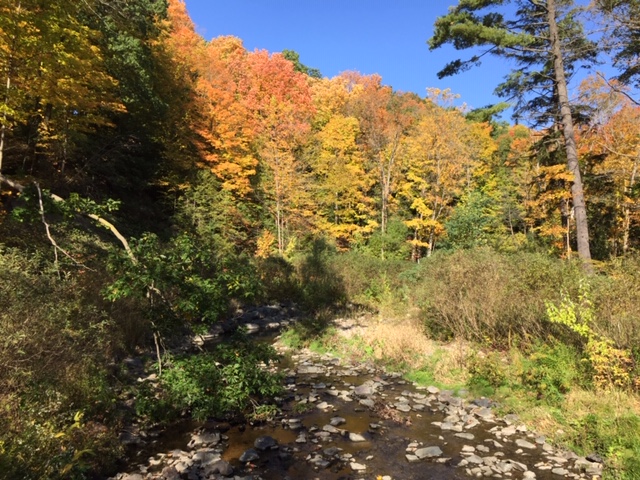 Restoring urban forests is not easy. Henry Hughes and Melanie Sifton, two experts at the Toronto Botanical Garden’s 2019 Ravine Symposium agree.  Both pointed out how easy it is to damage forest systems and how hard it is to fix them. And both recognize the important role of botanical gardens in accomplishing this task.

Botanical gardens are extremely important for galvanizing community support and encouraging members to collect and plant seeds from aging native trees, said keynote speaker Henry Hughes, retired education director for Birmingham Botanical Garden. Horticulturist Melanie Sifton, also stressed the importance of botanical gardens. “Toronto Botanical gardens is doing a tremendous job educating the public, trying to get the community involved and making sure that important studies are not just sitting in some file at the University of Toronto,” she said.

Based on his experience in Birmingham Botanical Garden on a project known as known as Centennial Trees, Hughes offered advice for successfully propagating and planting locally-sourced native trees from seed and pointed out several pitfalls that can hinder their survival:

Melanie Sifton, former director of Humber Arboretum and Centre for Urban Ecology in Toronto, is currently pursuing doctoral studies at University of Toronto to investigate plant-soil interactions and landscape remediation for urban forest conservation. She addressed the audience on Underground Toronto: Hidden Aspects of Urban Soils.

“We don’t know what’s going on under our soils and that can be scary. Soil is no longer what you might expect. The waterfront, for example, is all fill. So what is it?” You can get a soil analysis, she said, but it won’t always give you the whole story, such as whether it’s contaminated. “And what’s usually missing is the life in the soil, the micro organisms. Soil diversity is important. It’s not often mentioned but it is very important.”

Top soil is generally screened and reintroduced onto the site “but we are destroying a lot. Machinery ‘smushes’ and compacts the soil which is a huge problem for urban tree restoration. The city has eaten up all the farm land and beautiful soil, she said.”On new developments they scrape off the top soil, the tilth, and then it’s often sold off. We need to look at how we are storing soils and moving them around.”

Erosion is becoming a problem. “It’s amazing that Toronto’s ravines are not completely bulldozed,” she said. “We are losing vegetation and good biological matter that contribute to the ecosystem needed to protect the perimeter of the ravines.”

Hard surface runoff is a big challenge. “We see ravines enclosed in concrete forcing creeks and rivers to go underground. Toronto is on the edge of trying to fix and slowdown the water.” Installing green roofs and disconnecting downspouts are good strategies, she said. “But we need more.” Climate change, including heavy rainstorms and flooding are forcing the soil to accept more storm water.

Fertilizers, producing excess vegetation, rock salt, invasive species and even worms have all been added to urban soils. “The Asian Wiggle Worm is coming,” she said. “It eats the humus layer forcing trees to lose their grip and topple over.”

Ms Sifton is working on studies of bio char, which is charcoal used as a soil amendment rich in carbon, and fungus and what effect they might have on restoring trees. 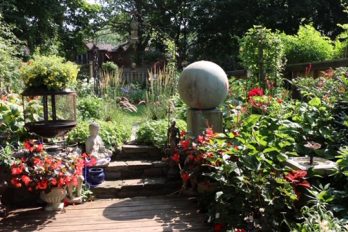 Beauty in The Beach