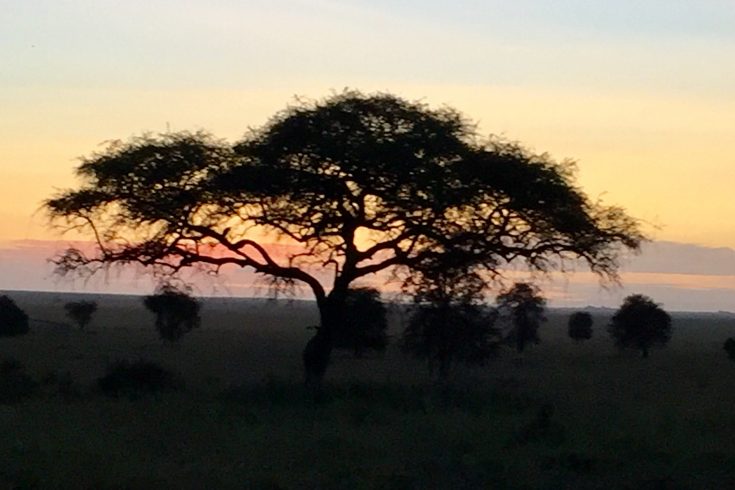 Nowhere are symbiotic relationships in nature as obvious as in Africa. Birds pick the insects off zebras, giraffes, hippos and elephants and in turn tweet out a warning when dangerous predators are on the prowl. And certain trees provide water and sustenance for specific animals.

The massive baobab (Adansonia) trees I saw recently during a safari trip in Tanzania for example, tower over the landscape and are able to withstand long periods of drought. One tree can store up to 100,000 litres of water and can shrink and expand its trunk as needed. Elephants look for baobabs, especially in the dry season to quench their thirst. The bark is soft enough for elephants to poke a hole in the bark and achieve access to the inner part of the tree which is like a sponge. Driving around Tarangire National Park where baobabs and elephants are plentiful we saw lots of both.

Two, three or four giraffes browsing on the leaves of a majestic acacia tree is another iconic sight we were fortunate enough to see over and over. Giraffes have a fondness for the tree and can eat as much as 29 kilos of acacia leaves and twigs in a single day.  However, in order to get to their preferred fernlike acacia leaves, the giraffes must deal with the tree’s razor sharp thorns which they do using their incredible 45 cm long, highly prehensile purple tongues. With the assistance of their tough lips and palate, the giraffes carefully wrap their tongues between the spines and delicately remove the tasty leaves.

There are some 62 species of acacias in East Africa, including eight endemic to Tanzania and four to Kenya. Acacias can grow as trees or shrubs. Common varieties include the umbrella tree (Acacia tortilis), whistling thorn (A. Drepanolobiun) and yellow fever (A. xanthophloea) varieties. The yellow fever got its name because early settlers knew that malaria was common near standing water but blamed the yellow acacias instead of mosquitoes.

Another unusual African tree specimen is the sausage tree (Kigelia africana) which produces fruit that looks like giant 30 to 60 cm long sausages, weighing as much as 10 pounds. The raw fruit, while enjoyed by several animals including baboons, bush pigs, elephants, giraffes, hippopotamuses (or as I heard someone call them hippo Thomases), monkeys and porcupines – is poisonous to humans. But, it is used for treating various skin ailments including eczema, ulcers, acne, skin cancer and fungal infections.

The sausage tree can grow up to 20 feet in height. It’s unpleasantly-scented, nocturnally-blooming blood-red blossoms are enjoyed by night-flying bats and insects.

Throughout our trek through Tanzania and Kenya we saw:

And don’t get me started on the birds … Marabou storks, yellow and red billed oxpeckers, blacksmith plovers, sandpipers, ostriches, cranes, herons, weavers, secretary birds and many, many more.

Our Tanzanian Jenman Safari guide Dennis Victor was instrumental in not only in taking us to the animals –most notably in the Serengeti and Ngorongoro — but telling us all about their environment and the many trees and plants we saw on this memorable trip.

If you ever get a chance to take an African photographic safari don’t hesitate. It’s like starring in your own African nature production. You’ll love it! 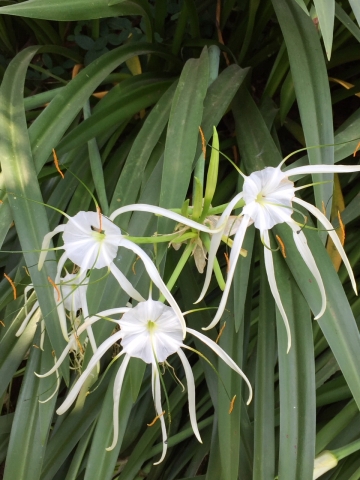 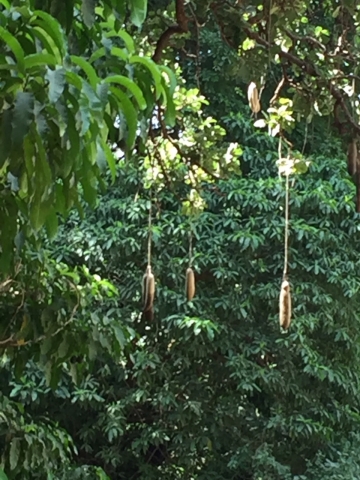 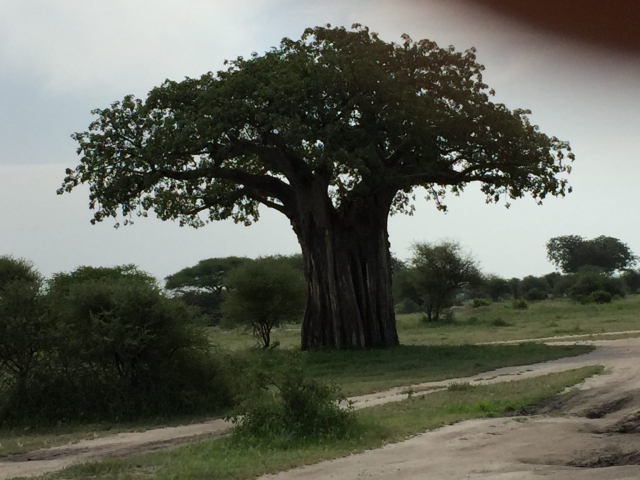 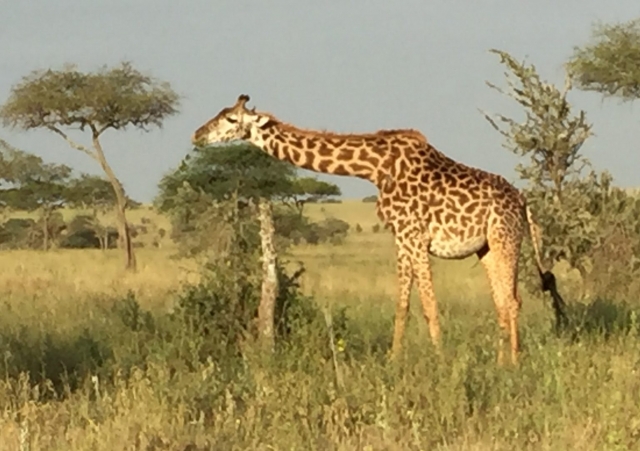 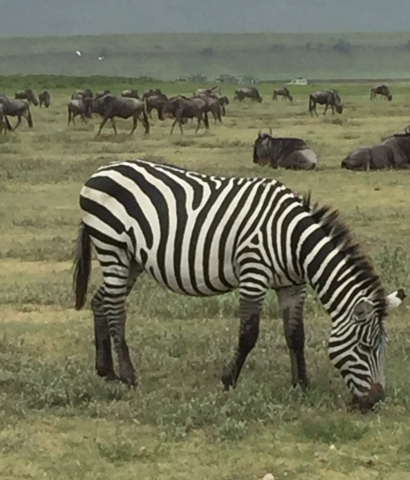 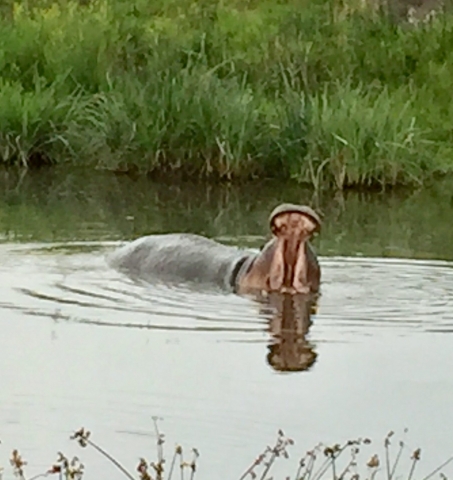 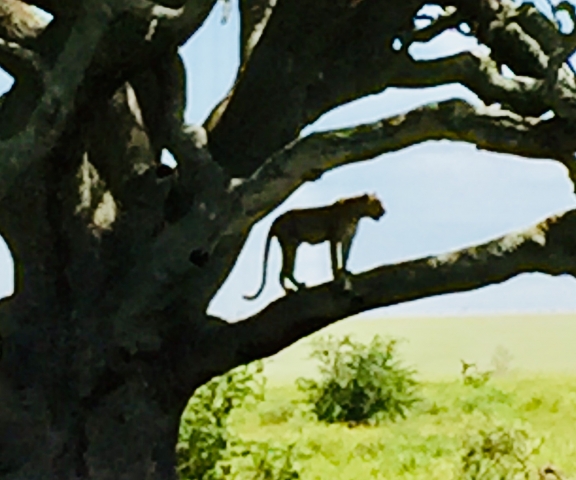 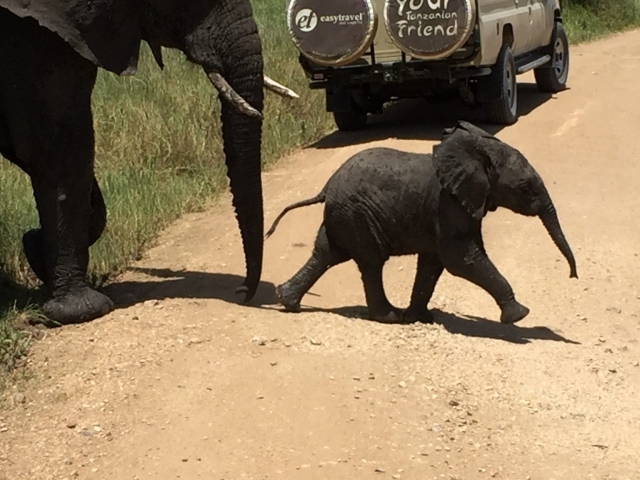 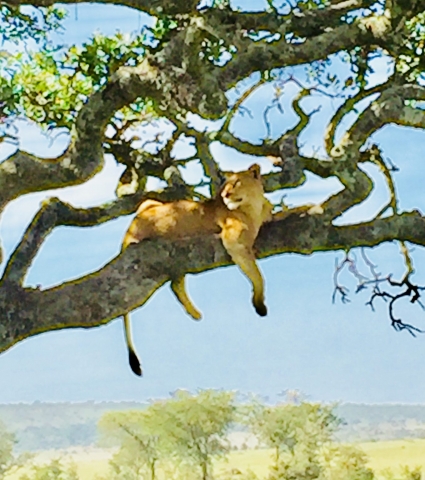 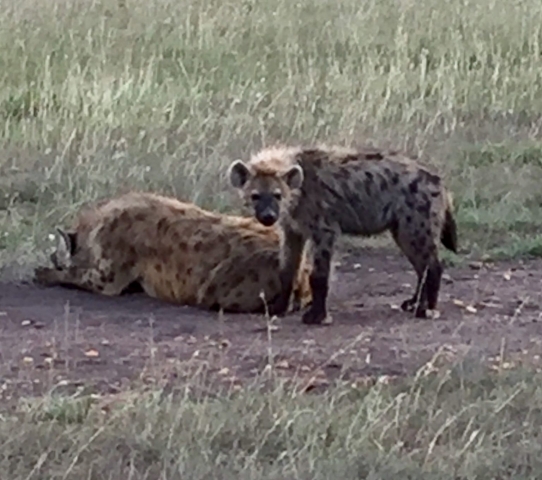 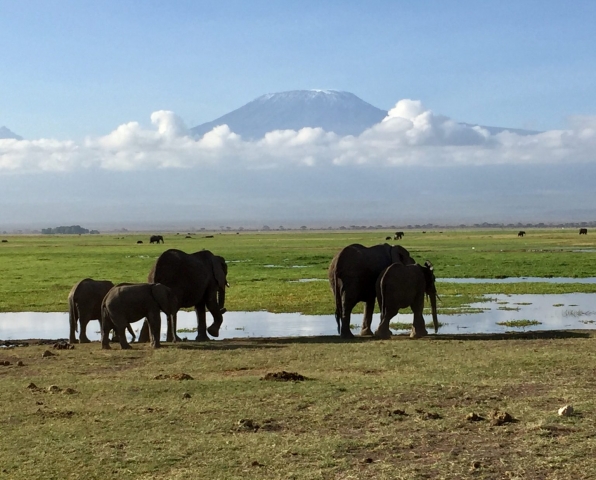 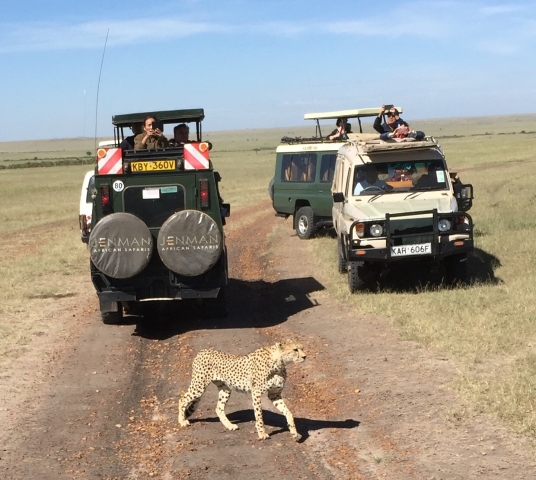 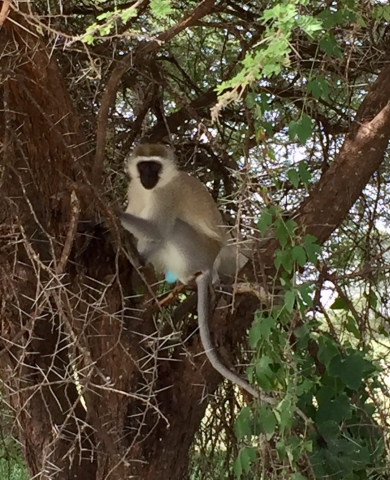