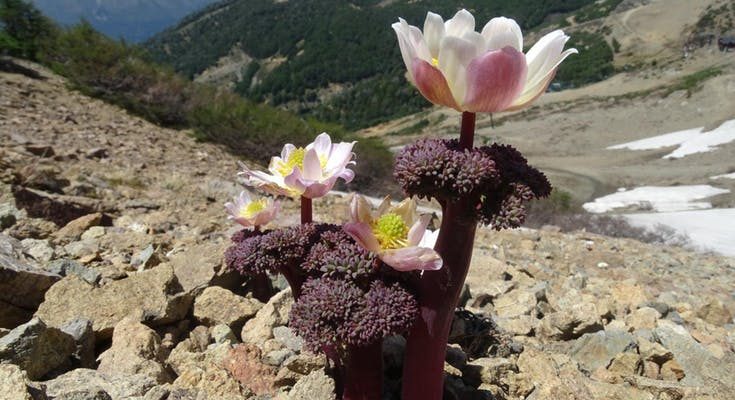 Marcela has spent her professional life studying and documenting the flora of Patagonia, much of which has been recorded in books and articles. Through photography and stories, she will take us on a tour of Patagonia’s most remote and strikingly beautiful places and introduce us to the incredibly diverse plants that exist there.

Marcela Ferreyra has been living in Patagonia since 1984 and leading flora tours in that region since 1990.

Since 1982, Marcela has worked as an educator at various levels and in numerous settings and institutions. For many years she taught biology at the University of Río Cuarto, Córdoba, and the National University of Comahue. Between 2010 and 2017, Marcela led a group of students in the establishment of a small on-campus botanic garden. Despite her formal retirement last year, she continues to teach wherever she travels.

Between 2005 and 2009 Marcela worked in a nursery, studying and developing protocols for the cultivation of High Andean and Steppe flowers. She helped establish a small nursery in the steppe, in the rural community of Pilcaniyeu, and headed a project to recover high mountain vegetation in Los Glaciares National Park in Santa Cruz.