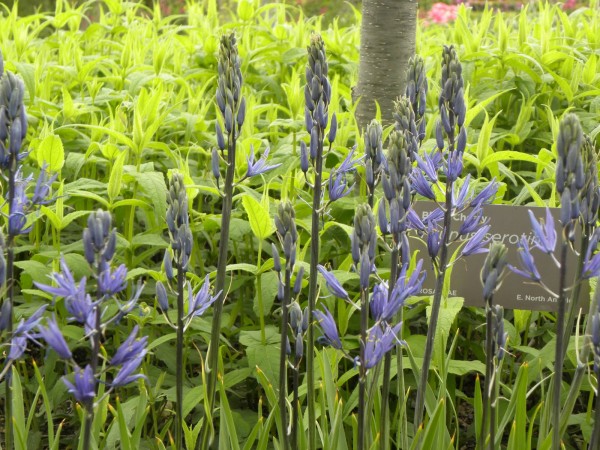 In the Nature Garden:

Camassia leichtlinii (Quamash) growing two to four feet, including the flower spike, quamash is native to North America with a pyramidal raceme of bright star flowers atop a stem rising above a grassy clump

In the Show Garden:

Berberis thunbergii f. atropurpurea ‘Royal Cloak’ (Japanese Barberry); rich colourful foliage on this shrub is hard to miss – the leaves on this selection are larger, rounder, and a deeper purple than those of other barberries.

In the Knot Garden: In the West View Terrace:

In the Arrival Courtyard:

The Edwards Summer Music Series is back… but will be going ONLINE this year with eight FREE intimate concerts showcasing contemporary Canadian talent, all filmed…

Update as of Fall 2020| As our building remains closed due to the COVID-19 pandemic, and in response to provincial and municipal guidance on all mass…

Gardens, OPEN
Daily from dawn until dusk, Admission is FREE