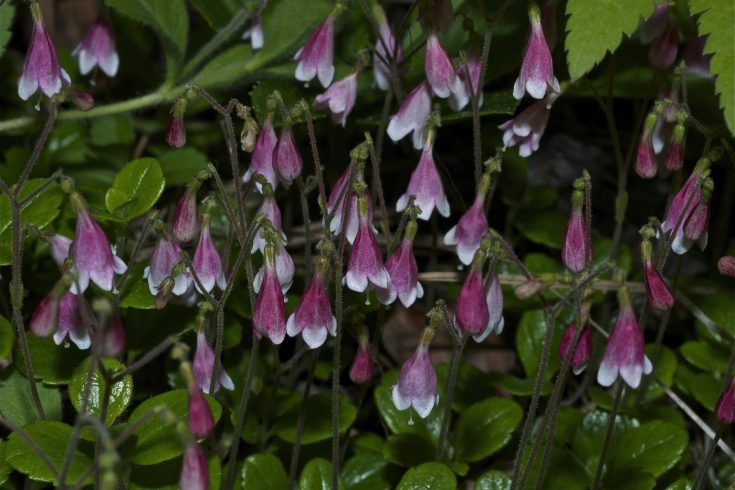 I hope you will join me in voting for Canada’s first national flower.

In honour of our country’s 150th anniversary Master Gardeners of Ontario are sponsoring a nation-wide contest to choose Canada’s first national flower from one of three native plants that grow in all areas of the country: Hooded Ladies Tresses (Spiranthes romanzoffiana); Twinflower (Linnaea borealis) [pictured above]and Bunchberry (Cornus Canadensis).

“All three are native in every province and territory, which in itself is an incredible thing, considering the various climate conditions across our vast nation,” says Toronto Master Gardeners Executive Coordinator Maureen Hulbert, who came up with the idea for the contest while researching a presentation on Fascinating Flora from Coast to Coast for this year’s Canada Blooms gardening show.

The trick was to find enough deserving flowers to choose from that grow everywhere in Canada, and are not already designated as provincial or territorial emblems. The three finalists were identified with help from Todd Boland, Research Horticulturist with Memorial University of Newfoundland.

“We are delighted to support this great project and help it grow and bloom across Canada,” said Claudette Sims, President, Master Gardeners of Ontario.

Hooded Ladies Tresses is one of about 65 species of orchids native to Canada. It is a unique-looking species with spiralling flower spikes of usually white flowers, up to 50 cm tall. Spiranthes in its botanical name refers to the way the flowers are arranged around the stalk, in a “twist” formation. Requiring constant moisture, it is found in bogs, marshes and damp meadows, has a light, almond scent and provides a food source for native bumblebees throughout the summer.

Twinflower, an adaptable evergreen perennial, is found in every type of Canadian habitat – forest, wetland, meadow or tundra. It is rather inconspicuous except for a week or so in June or July, when it produces lovely pale pink pairs of flowers – hence, the common name – on six-inch, Y-shaped stems. It is highly fragrant while flowering, providing a food source to native bees during this short period. The plant forms a dense, evergreen mat that is used as winter forage by caribou.

The botanical name of this plant is interesting as well. Linnaea is named after Carl Linnaeus, the father of modern taxonomy, because the plant grows commonly in his native Sweden. Borealis refers to its northern distribution – meaning literally “of the North”.

Bunchberry changes with the seasons with white flowers in late spring, summer red berries, and great fall colour. One of the smallest members of the dogwood (Cornus) family, bunchberry forms a low, carpet-like mat of leaves, up to four inches tall, usually in the understory of moist and shady woods. In late spring, it produces showy flowers which appear a few inches above the mat of leaves. These white “flowers” are actually modified leaves called bracts, which attract pollinators to the tiny actual flowers in the centre.  It is largely self-sterile, which means it is dependent on pollinators for sexual reproduction – bumblebees, solitary bees, beeflies and syrphid flies.

Once pollinated, it produces edible fruit, a food source for black bears, martens, snowshoe hares and other small mammals, as well as many migratory birds. Bunchberry is also a winter forage plant for caribou, elk, deer, and moose.

To vote for Canada’s national flower, go to the poll directly at:

To read more about the options, see more pictures, and find the link online, go to

www.torontomastergardeners.ca and look under “Latest News”

The online poll is open until midnight June 30th, 2017, and the winner will be announced on July 1st to celebrate Canada’s 150th birthday. 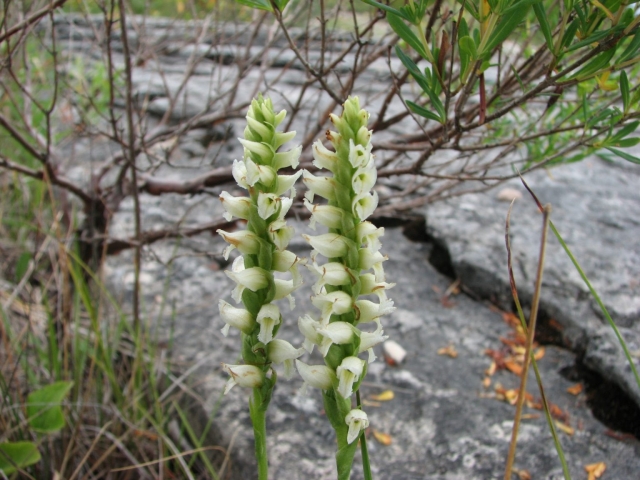 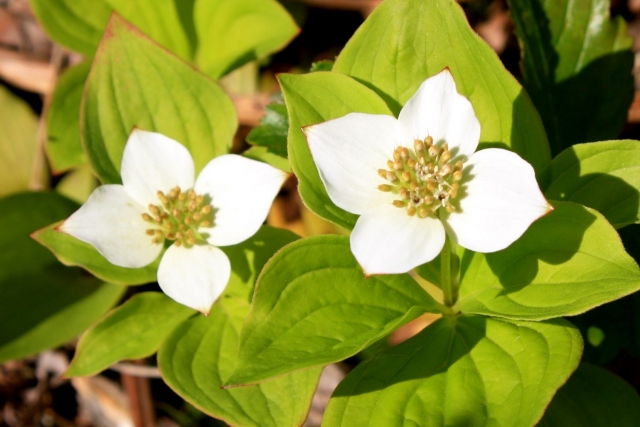 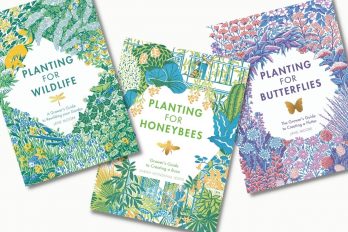 A Plethora of Pollinator Publications 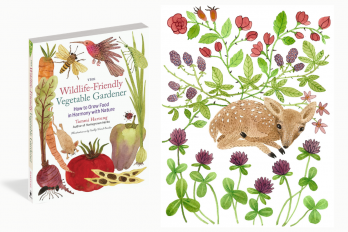 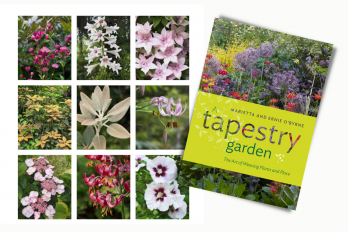