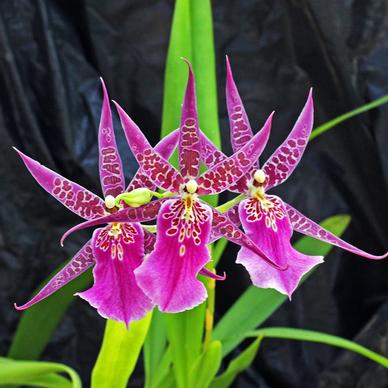 It was a photo in the National Geographic that caught John Vermeer’s eye and started him on a lifelong passion for orchids.

That was 46 years ago and today John has somewhere between 350 and 450 orchid plants under lights in his house. “My kids joke that we have a grow-op in the basement,” he laughs.

You can meet John at the Southern Ontario Orchid Society Annual Show & Sale, Saturday and Sunday, February 10 and 11, from 11 a.m. to 5 p.m. at the TBG. There will be more than 30,000 blooms at the show including many hard-to-find orchid plants for sale. Tickets at the door are $12. There is a $2 off general admission coupon in the Winter Spring 2018 issue of Trellis.

The magazine photo was of a hybrid Oncidium orchid called Charles. M. Fitch, a cross between a Brassia verrucosa and a Miltonia spectablis. “It was incredible, looked like a spider and was unlike any plant I had ever seen. I was hooked,” said John. He actually wrote to the author who sent him a reply.

At that point, John was a teenager living in northwest Ontario somewhere between Thunder Bay and Winnipeg. “My parents were of Dutch descent and we had plants all over the house. They indulged my fancy and drove me to Winnipeg to a meeting of the Manitoba Orchid Society. The members were thrilled to have someone so young attend their meeting. I was able to get a few plants and have been growing orchids ever since.”

John specializes in mini Cattleyas, known as mini-cats, which he has been growing since the mid-1970s. Mini-cats stay under 6 inches tall; compact less than 12 inches and standards mature at between 12 and 24 inches tall. Although he lives in a house, John agrees that miniature orchids are a good choice for modern-day orchid growers living in condos and apartments.

The Cattleyas John grows are “not that easy to grow” but he loves the challenge and he also appreciates the fact that many have a wonderful fragrance. “My grow room is a mix of perfumes from the various blooms.”

The biggest challenge to growing orchids indoors is humidity, says John. “In nature they grow in trees so inside they dry out quickly. That’s why we often grow them in sphagnum moss which absorbs water but is not really soaking wet.”

Growers learn by making mistakes, says John.  “We (SOOS members) say that if you haven’t killed a lot of orchids you’re not a real orchid grower.

The best advice he can offer anyone starting out to collect and grow orchids is to “visit your local orchid club. We are always glad to see new members and willing to share information. We are passionate about our orchids.” 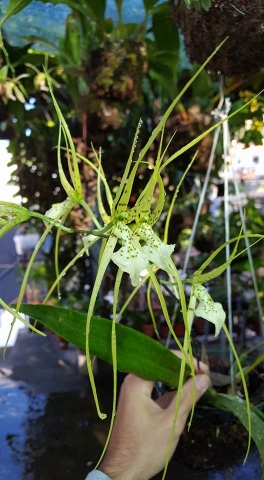 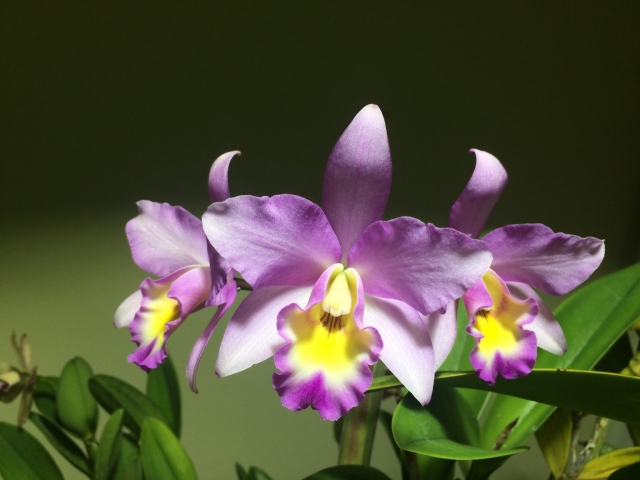 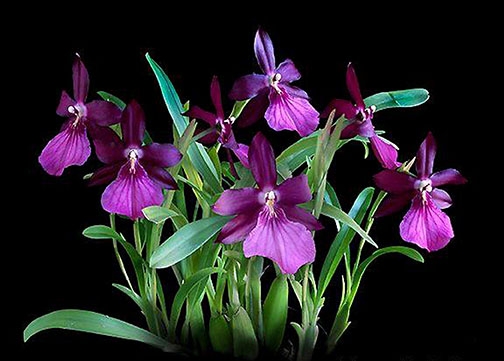 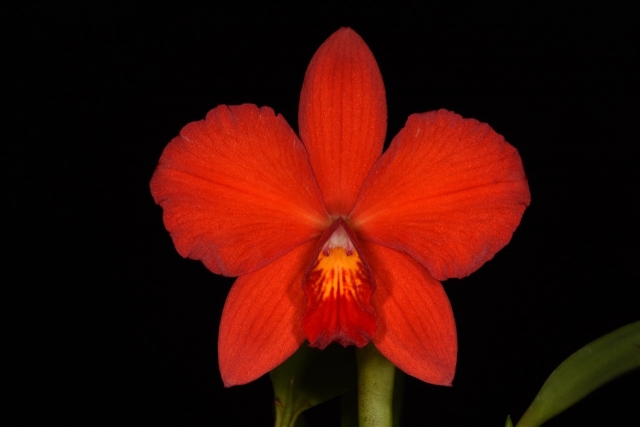 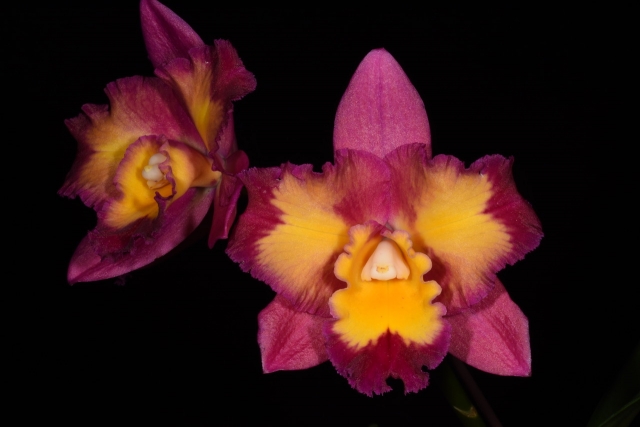 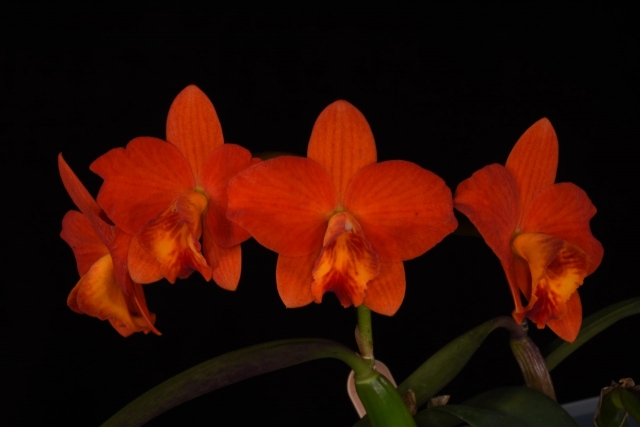 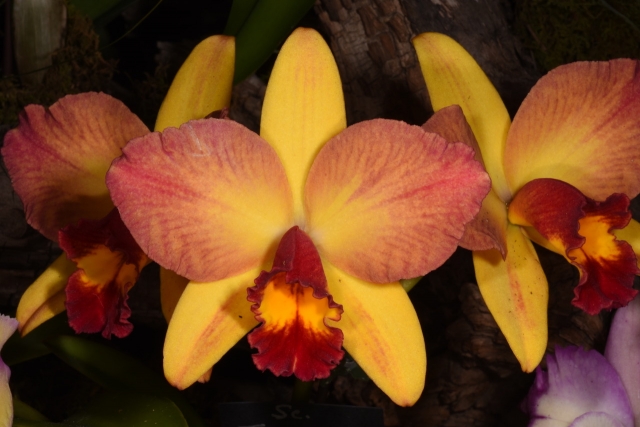 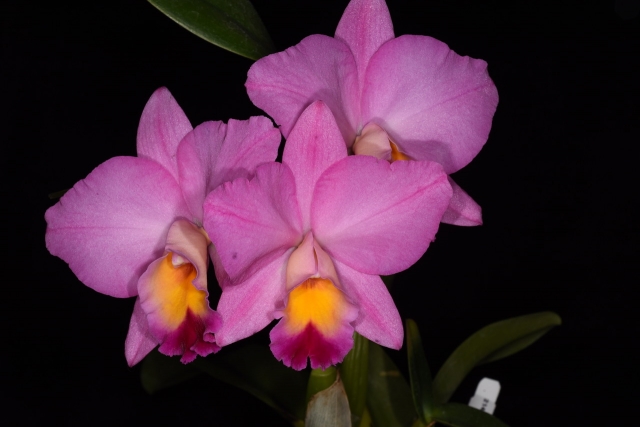 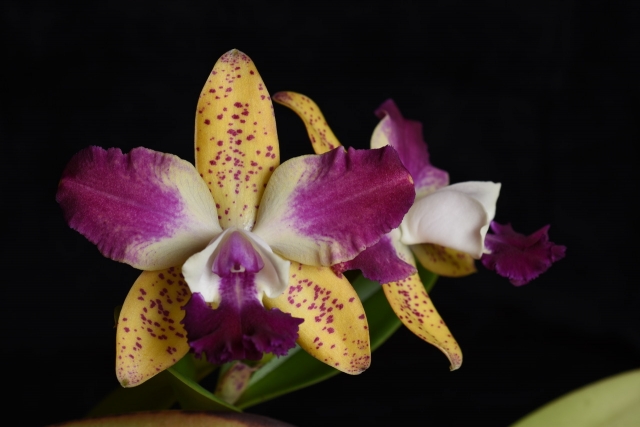 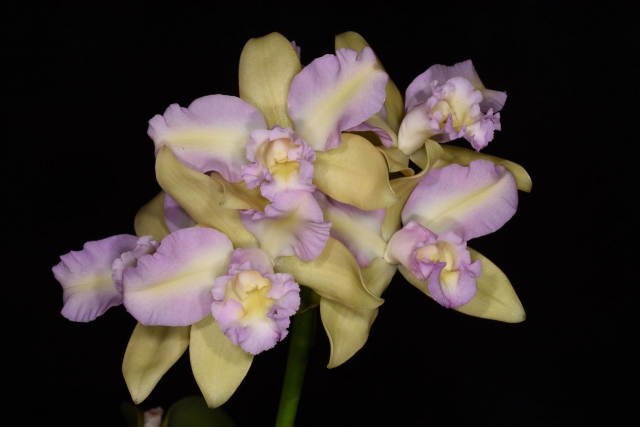